An event that was first organised by Harvey and Jean Bowles more than 40 years ago gave many Southampton athletes over the years the opportunity to race against teams from France, Belgium and Germany.
Sadly Harvey passed away in November 2016 and as a remembrance to him the former club colours were in attendance.
With the consistent rain and many races earlier in the day, conditions underfoot had become heavy going in the mud.
That didn’t stop Nicci Blandford and Karen Rushton setting the scene for the Brits to finish on the podium with a fantastic 2nd & 3rd overall (1st & 2nd Vet) respectively.
For the Senior men the Costley brothers, Max and Sam, continue to impress and on this occasion it was the younger, Sam, running above his mere 17 years of age to finish a fantastic 4th place missing a podium finish by a few seconds.
With Max finishing 8th and Robert Finch 20th the Senior trophy was heading to Britain for the first time in over 20 years.
The Veteran athletes within the Senior race also took the team title for the first time with James Smith leading them to victory finishing runner up (13th overall) to French athlete Angelo Bottereau.
Andy Morgan-Lee 14th overall (3rd Vet) and Steve Marcer 31st (14th Vet) sealed the win with a comfortable 19 point margin.
The Vets B team, David Blackman 40th (19th Vet), Peter Costley 47th (23rd Vet), John MacInnes 81st (48th Vet) were first of the B teams finishing 6th overall of the 12 competing teams. 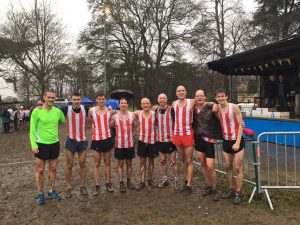 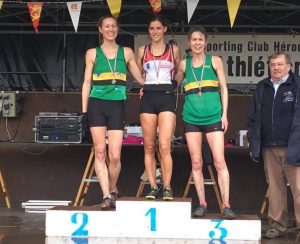 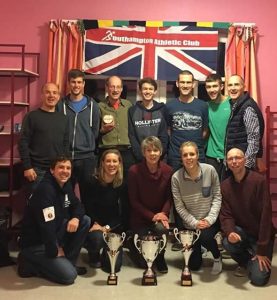 Raise money for SAC when shopping online by clicking here